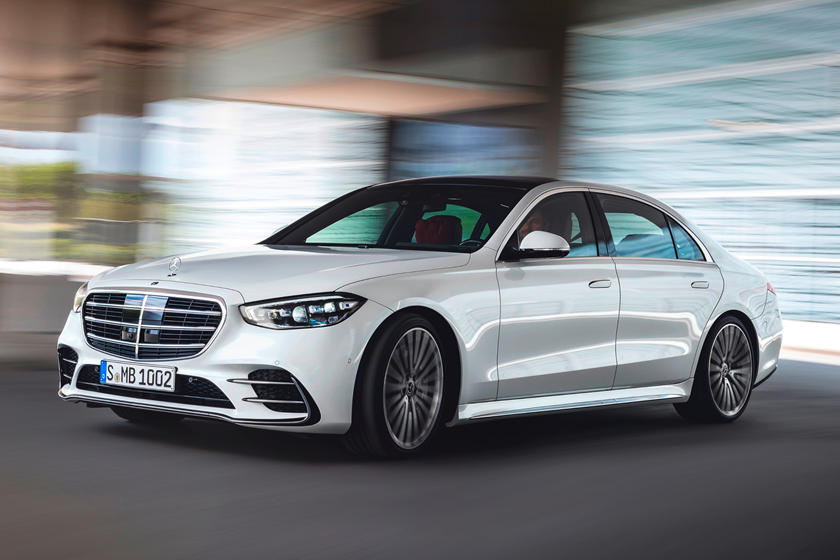 High luxury and tech comes at a high price.

Earlier this month, the all-new 2021 Mercedes-Benz S-Class was officially unveiled aiming to push the boundaries of technology and luxury once again. Even BMW is mightily impressed. In fact, some new pieces of tech, such as digital lights with 2.6 million pixels, are so advanced some countries don’t even have regulations in place yet. Obviously that’ll be changing soon because the German automaker is wasting no time getting sales up and running, at least in its home continent of Europe.

Mercedes has just released official Euro pricing for its new flagship sedan and is now taking orders. US market figures are expected very soon, but this is still a very clear preview of what customers here can expect. Overseas pricing will kick off at €93,438 but this does not include many of the S-Class’s greatest technological marvels.

Here are just a few examples:

Want that new 3D driver display? That’ll be an additional €1,148. The head-up display with augmented reality content (which requires the 3D display) is another €3,468. The MBUX Interior Assist, a system capable of recognizing the driver’s control inputs by way of cameras and advanced algorithms, costs a more reasonable €626. Ambient lighting and its 250 LEDs comes in at €916. The revolutionary Digital Light headlight technology (the very same system awaiting final approval in some countries) is a €2,192 option. Rear-axle steering that enables greater maneuverability similar to that of a much smaller vehicle costs €1,500.

For now, just S-Class powertrains have been announced: the S500 4MATIC and S580 4MATIC. The latter is a 4.0-liter twin-turbo V8 with 495 horsepower and 516 lb-ft of torque while the former is certainly no slouch with 429 hp and 384 lb-ft of twist. Both have a mild-hybrid assist system and are exclusively paired to a nine-speed automatic transmission.

It’s also important to know that Mercedes offers diesel-engined and slightly less expensive S-Class variants in Europe, meaning the aforementioned 93k Euro price might not translate to a similar dollar amount. The S-Class 500 4MATIC is priced from €117,786. Therefore, it’s entirely possible the so-called “base” S-Class could begin at over $100,000 stateside.

European market deliveries will begin in December and the US shouldn’t be too far behind.