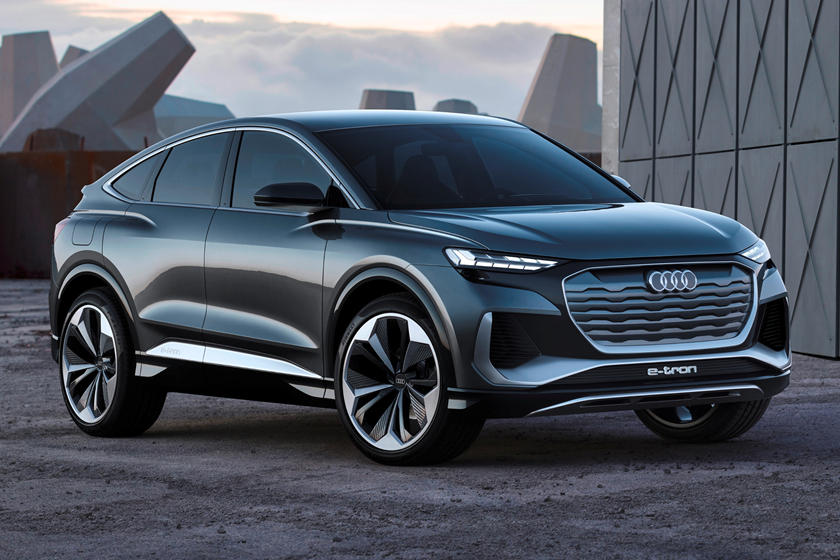 Both companies want to achieve carbon neutrality by the year 2050.

For the world’s leading automotive brands, reducing carbon emissions is about much more than increasing the percentage of electric vehicles within their lineups. It requires a holistic look at the entire supply chain, a process that is well underway at Audi as the German marque aims to achieve net carbon neutrality by 2050.

In what is growing into a bit of a competition within the industry to see who can achieve carbon neutrality first, Ford stated that it has a similar timeline earlier this year and Volvo has set an even earlier date for climate-neutral operations. But how will Audi achieve its goals?

Well, along with the debut of new EVs like the Q4 Sportback e-tron Concept, Audi will detail its decarbonization plans at former F1 champion Nico Rosberg’s Greentech Festival in Berlin this week, an event for which Audi is a founding partner. Audi’s Mission:Zero environmental program will focus on reducing carbon emissions at the marque’s production sites, which are all planned to be carbon-neutral by 2025. Mission:Zero sounds a lot like Volkswagen’s latest patent for a Way to Zero slogan.

Audi Brussels has already attained carbon-neutrality and is the site where the Audi e-tron is manufactured. Next in line is Audi’s production plant in Hungary. The company has identified that the manufacturing of high-voltage batteries is especially energy-intensive, and will explore ways to improve these processes.

Audi has also collaborated with Climeworks, a Swiss company that is constructing a facility in Iceland that can convert atmospheric carbon into rock. On behalf of Audi, the company will remove 1,000 metric tons of carbon dioxide from the air.

With Audi expected to launch 25 EVs by 2025, it’s promising that improving production processes won’t negatively impact the environment. The Q4 Sportback e-tron is just one of these exciting vehicles which will be presented at the Greentech Festival. The EV is expected to have a range of over 310 miles in production form and when equipped with rear-wheel drive.

Watch this space to see which of the world’s leading automakers achieves carbon-neutrality first.